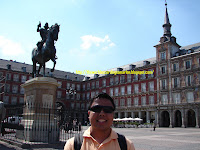 Madrid is the cultural and political epicenter of Spain. It is a home to a number of historic landmarks, a choice destination to a steady flow of international tourists, a mecca to football enthusiasts, and a place that bursts into life after dark all year round. 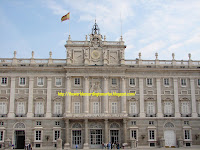 Wanna visit Madrid? Get your passports and visas ready and say a big ¡Hola! to this charming city of a country in whose once powerful empire the sun never set. 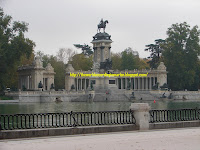 1. Prioritize. As with any other tourist destination, Madrid has many spots where one can while away time. For example, the Santiago Bernabeu Stadium, the home court of Real Madrid, is far from the central historic enclave. So is the Retiro Park. There’s a longish walk from the Plaza Mayor to the Cibeles Fountain and the city’s museum area (El Prado, Reina Sofia and Thyssen). The best way to get to know the city is by choosing which places you really want to see and those which are optional. 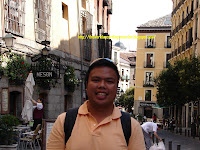 2. Explore. Madrid can be one heck of an adventure for the daring: Start by taking the very efficient Madrid subway that connects all tourist spots of the city. If you’re there on a Sunday, the very famous Madrid rastrillo (just a snooty name for the Filipino tiangge) on the Calle Ribera de Curtidores is feast for the eyes and the wallets. Try practicing your Spanish by visiting bars and ordering finger snacks called tapas. A tip to the wise: the dirtier the floors are, the better the food and service, as it is customary for Spaniards when they’re in bars to throw their tissue paper on the floor. 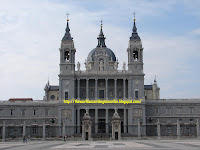 3. Learn. For many Flips, Madrid should be a special destination for all the history that Spain and the Philippines share. Visit Rizal’s university and, if you’re lucky, try looking for a bust of our national hero in one of the university dorms. Should you have time and money to burn, the Palacio Real will be a great haunt. The Almudena Cathedral is just next door (and is free) so you could visit it, too. And oh, since we’re already at it, flamenco is definitely not Madrileño but there are some clubs called tablaos that stage nightly performances. Try roaming around the Arco de Cuchilleros. 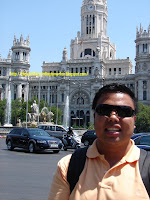 4. Watch out. Believe me. I’m talking from first-hand experience. There are a lot of people, both local and foreign, in this capital city so it could be quite dangerous and stressful if you get robbed. Keep your money and passport in a secure place. Cameras are hot snatcher items in the city, so be very careful. 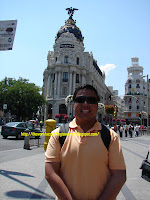 5. Enjoy. Madrileños are warm and accommodating. Don’t fret if you don’t speak Spanish, as most Madrileños would know to say a thing or two in English. Night life is the best in Madrid. There are a number of places to visit especially around the Puerta del Sol and the Gran Via. Bullfights, known as corrida de toros, only happen during spring and summer. Since I’m so anti-bullfighting, please be a dear and not watch one. Besides, why spend almost 50 euros watching an animal get slaughtered when for the same price you could savor cochinillo asado (roast suckling pig) in Botin (pronounced as bo-TIN), the world’s oldest restaurant, near the Plaza Mayor? 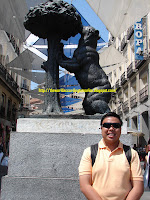 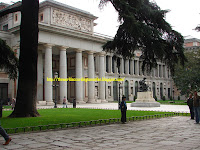 subway ticket for 6.50€. A single journey ticket costs 1€ so you’ll save 3.50€ if you buy 10. The ticket can be shared and you only need to punch it once per passenger and take and change lines to your heart’s delight for as long as you don’t exit the subway.