If you're reading this because of carnal motives... got you! (Hehehe)

There used to be a time when nudity was a high expression of artistry. Unlike their Medieval counterparts who considered the body as a object of sin, the Renaissance artists exalted and idealized the human form in the same way as the artists of Ancient Greece and Rome did. So you could just imagine how a country, say Italy, should look like with all its Renaissance masterpieces. 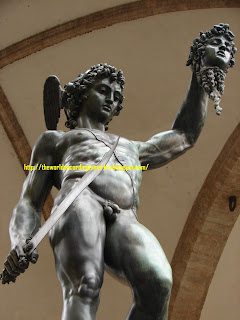 Florence, Italy. If museums bore you but still you want to gawk at naked men, try going to the Loggia dei Lanzi at the Piaza della Signoria. There you'll find an open-air museum of sculptural masterpieces, like this statue of Perseus by Benvenuto Cellini. Of course, the two more famous nudes are Michelangelo's David and Botticelli's Venus. 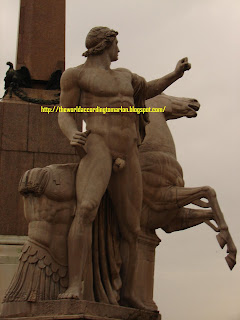 Rome, Italy. A friend commented that in the place where the Pope might be peering out from his balcony every now and then to inspect the people, the Eternal City is full of nude men. Take this statue in the fountain (whose name I so clumsily forgot) where -- if I'm not mistaken -- the now-defunct pop duo Savage Garden made their "Truly, Madly, Deeply" video.

thanks for the information on this blog! I find it very interesting and entertaining! hopefully soon have updates that I love your post! I thank you too!
buy viagra
viagra online
generic viagra