On folds of fat, chinky eyes and other dementias 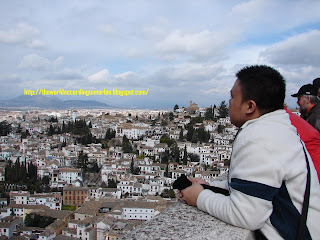 I am reposting the following article I wrote for Click the City on January 13, 2006. I was walking with my Spanish friend Alberto last evening when he said something that made me look for this rant. Why? The answer is in the last paragraph.
IIIIIIIIIIIIIIIIIIIIIIIIIIIIIIIIIIIIIIIIIIIIIIIIIIIIIIIIIIIIIIIIIIIIIIIIIIIIIIIIIIIIIIIIIIIIIIIII
One of the things that living alone imposes on any person is the necessity to change habits. Whereas previously, buying detergent and deodorant, planning meals and washing dirty underwear were things other people do, now even the brand of the dishwashing liquid concerns the newly emancipated young urban professional.
Whereas previously, taking the cab is a matter of how much remains from the allowance the ancients gave, the freshly free yuppie now thinks of the money s/he has to give to Mommy, the dream wedding in Amanpulo, and the rent s/he has to pay before indulging in the guilty pleasure of a taxi ride.
Whereas previously, going to the movies or malling has been a routine on weekends, the tons of paperwork that await the young urban professional every daggumit Monday can just instantly suck the delight out of, say, Tristan and Isolde (the movie).
That’s the price of living alone. Bluntly put, you exchange slavery and suffering at home for slavery and suffering elsewhere.
* * *
I have been in Spain for about three months now, and it has only been two days ago when someone had the guts to ask me from where I was. She was from the bookstore where I regularly splurge.
Just the day before, a solicitous Spaniard asked me how’s Tokyo. To which I replied ¿Perdon?, with the characteristic wrinkled-brow-I-can’t-believe-it look. He thought I was Japanese. Which is an improvement, now that I think about it, since in the Madrid subway, another Spaniard teasingly greeted me with a Wo ai ni. Thanks to my very inadequate Chinese lessons with Hua Ze Lei and the rest of the Meteor Garden gang, I was able to answer Xi-xi then the customary pero no soy chino. The schmuck never bothered to listen to the part when I said I am from the Philippines.
The lady in the bookstore Libreria de Idiomas was kind enough to engage me in a conversation. She pointed out that the eyes were a giveaway, although a Spaniard would wonder why the skin is tanned. I left the store satisfied.
I walked toward my dorm wondering if my eyes were indeed Asian-looking. It’s a good thing people here look at the face first, I guess. That way, they don’t see my michelinas and the pounds I gained. Michelina, by the way, is our good ol’ bilbil.
* * *
I ate lunch with the small Filipino community and their Spanish friends and family here in Valladolid a few days back and the discussion over generous servings of kare-kare and laing took a drastic turn toward politics. It’s either because of the bagoong or the beer, but it seemed to me that the people in the dining table know the Philippines like the back of their hands. The same is true for the good people I met in Barcelona last Christmas.
They see the problems and they know the solutions. Nationalism has become so thick that day in the dining room that you could just take a knife, cut through it and bring the pieces home as pasalubong. Here are people who work for their families and love their country, which ironically would have been impossible if they stayed in the Philippines.
Then it hit me. No wonder Philippine politics is dirty: many good people who do the actual work have been driven away abroad.
* * *
I have been making a list of people here in Spain who said that I speak good Spanish. Here they are:
1. A taxi driver at the Barajas Airport. He charged me double the rate after.
2. The receptionist at the Spanish Agency for International Cooperation. She was just reacting to pleasantries I had been memorizing prior to my visit to their office, I thought to myself.
3. A banker at Santander Central. He gave me his calling card and we shook hands. Business is business; he was just being polite.
4. The head librarian in the College of Philosophy and Letters. She must have sensed how I harassed I felt after days of talking to people and rearranging my life in Spain.
5. Three senior citizens from Toledo. They love tourists and age mellows temperament, thus making them more tolerant with oily-faced foreigners.
6. The Spanish priests of the College of St. Augustine. Priests have always been solicitous.
7. Two German engineering students and a Chinese restaurant owner. Automatically disqualified for being non-native speakers.
In contrast, there is only one entry in the list of people in Spain who think otherwise: everyone else.
* * *
People close to me know that the question I hate to answer the most is, “So, how does it feel being colorblind?”
In Spain, however, people have been asking me questions that, although not offending, were especially revealing: Don’t you speak Spanish there? What’s the predominant religion? How many people are there in the country? How’s the weather? The more astute would ask: How’s graft and corruption? How’s the pollution situation? How’s politics? Thank God they did not ask me about that popular Spanish cookie called Filipinos for I would not know how to react.
A Spanish friend commented that almost all the news that reaches them about the country got something to do with the bizarre and the peculiar. And I came to know what she meant: a squatter shanty consumed in flames, a New Year reveler with the remainder of this hand wrapped in bandages, the President surfboarding sometime before Christmas. The alternative would be the gossips about Isabel Preysler.
It is thus that the Philippines is but a mere Ripley’s Museum for the rest of the world. No one really knows us. We sadly find ourselves confined in dioramas, wowing the audiences with the strangeness that has become us.
Posted by Marlon at 5:55 PM