Frequent readers of my blog know that I am fixated with heights. It is no wonder why I have lotsa pictures of domes, tall buildings and arches. Speaking of arches, I have here four of the many arches that I was able to see in Europe. Enjoy! 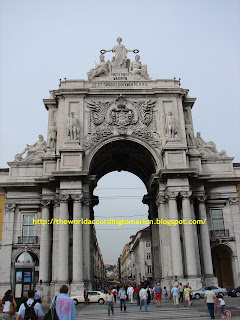 The arch on the Praça do Comércio (Lisboa, Portugal). This connects the Commerce Plaza to the Rúa Augusta, which in turn leads to the Praça do Rossío, the main square of Lisbon. 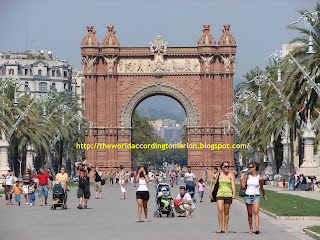 The Arc de Triomf (Barcelona, Spain). Built in 1888 by the Catalan architect Josep Vilaseca i Casanovas, it stands on a long promenade that leads to the zoo of Barcelona. 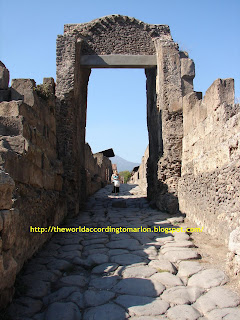 The arch of the necropolis (Pompeii, Italy). Though the eruption of the Vesuvius wiped out all life in this ancient city in Southern Italy, it also preserved marvelous and monumental structures such as this opening to the cemetery. 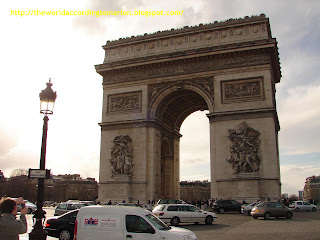 The Arc de Triomphe (Paris, France). Probably the world's most famous arch. Being the novice that we were, my friend Archie and I didn't know how to go to the arch found in the center of the rotunda of the French capital. Don't ask how we did it but suffice to say that there were a lot of horns that blared.
Posted by Marlon at 4:51 PM